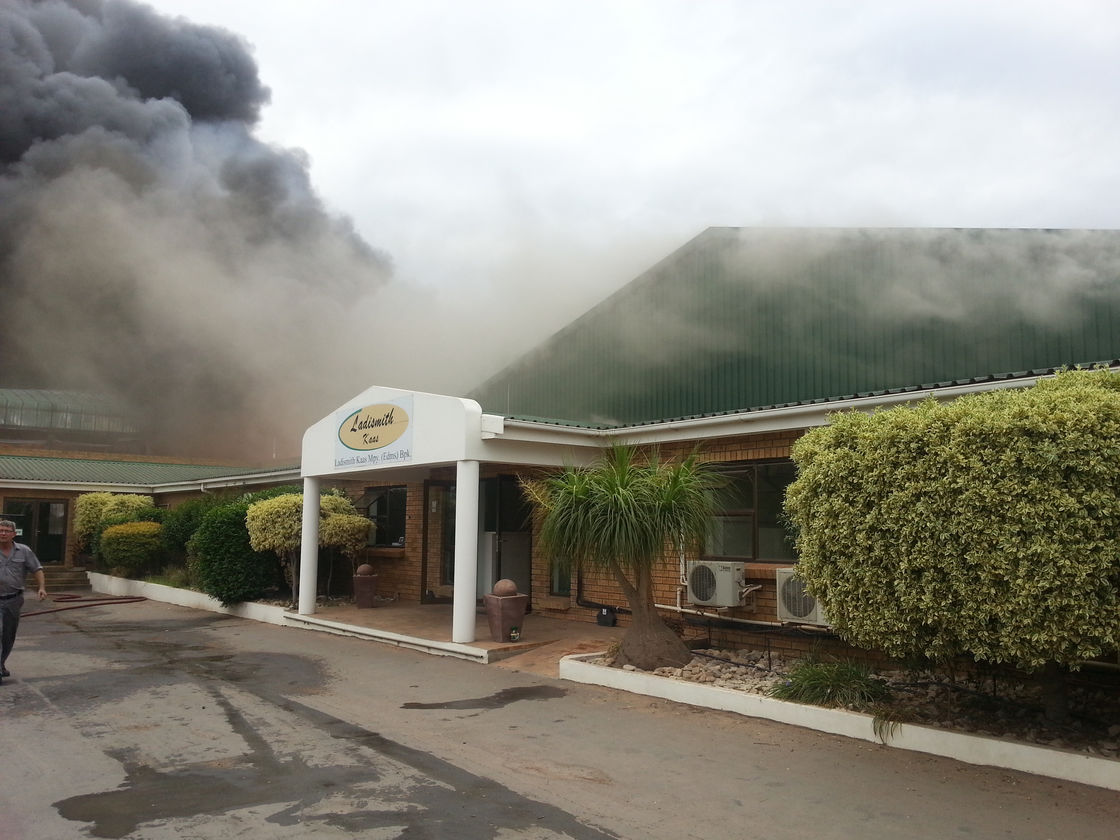 Automation Works owner Wynand Kotze tells Engineering News that a significant portion of the factory had been damaged following a fire that broke out in March.

Three days after the fire department of the Eden district municipality quelled the fire, Automation Works began assessing the damage to the factory. This involved determining what equipment could be reused and what had to be recommissioned or replaced. Kotze notes that gaining access to the factory was a significant challenge that hindered the damage assessment process. Automation Works could proceed only once the roof of the factory had been completely rebuilt, as the roof and upper sections of the factory sustained the most damage. Following a two-week assessment period, Automation Works determined that the mechanical components of the factory’s equipment did not have to be replaced, as the equipment is made from stainless steel, which can resist high temperatures.

Therefore, following a minor service on components, such as motors, all the factory’s mechanical equipment was placed back into the production process at Ladismith Cheese. However, all electrical components, including electrical cables connecting the factory to the electricity grid, were severely damaged and had to be replaced.

Automation Works’ assessment also found that certain areas of the factory, such as the administration, milk reception and butter production areas were not damaged by the fire and could resume operations as soon as electrical supply was re-established.

The company also had to rewire all electrical cabling from the main transformer to each individual machine in the factory and also replace the electrical distribution boards.

Further, Automation Works oversaw the re-installation of the factory’s electrical wire reticulation, which Kotze says was severely damaged in the fire, as a significant amount of the electrical wiring was located in the roof of the building.

He explains that the company had to strategically plan power outages to safely install the electrical reticulation system, while ensuring that butter production at the facility could continue. He adds that Automation Works had to complete the installation of the factory’s electrical reticulation in six hours. Following the rewiring, Automation Works recommissioned all the equipment in the factory, which included the Gouda drainage vats, block formers and the dairy’s automated cleaning-in-place (CIP) systems, as well as the pasteurizers and separators, the open cheese vats, sealing machines, the milk reception CIP system, the buttermaking machine in the butter factory and the pump control systems. The company also installed temporary lighting, which was used throughout the construction and rebuild of the facility.
Automated Cheese Making

Milk is delivered to Ladismith Cheese at the factory’s milk reception area, where it is then stored in chillers, which employ automated systems to stir the milk. The milk is then placed in pasteurisers and separators, which use automated processes to standardise the percentage of the cream in the milk needed for the type of cheese being produced.

The pasteurised milk is then placed in open vats, where the various ingredients are added and stirred. The combined ingredients are then placed on draining trays, which employ control systems that determine the stirring speed and direction. Block formers are then used to press and mold the ingredients into 10 kg or 20 kg blocks of cheese. The finished cheese product, which could be cheddar, mozzarella or Gouda, is then sealed and placed into storage at the factory, from where it is distributed throughout South Africa.

Kotze notes that dairy farms typically employ automated CIP systems to ensure that the finished products are fit for human consumption. However, Ladismith Cheese has gone a step further to ensure a quality product by connecting its CIP systems to a supervisory control and data acquisition system – an automated system that implements quality-control measures and provides reports on every batch of cheese produced in the factory. 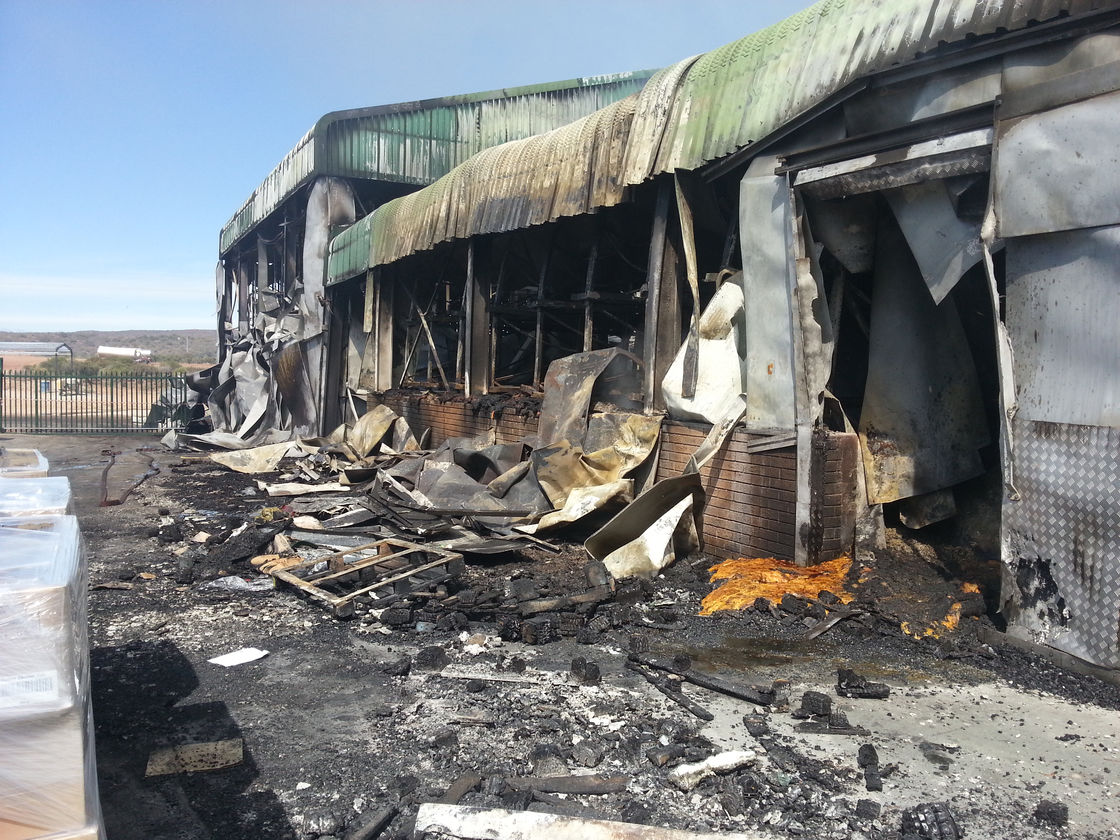 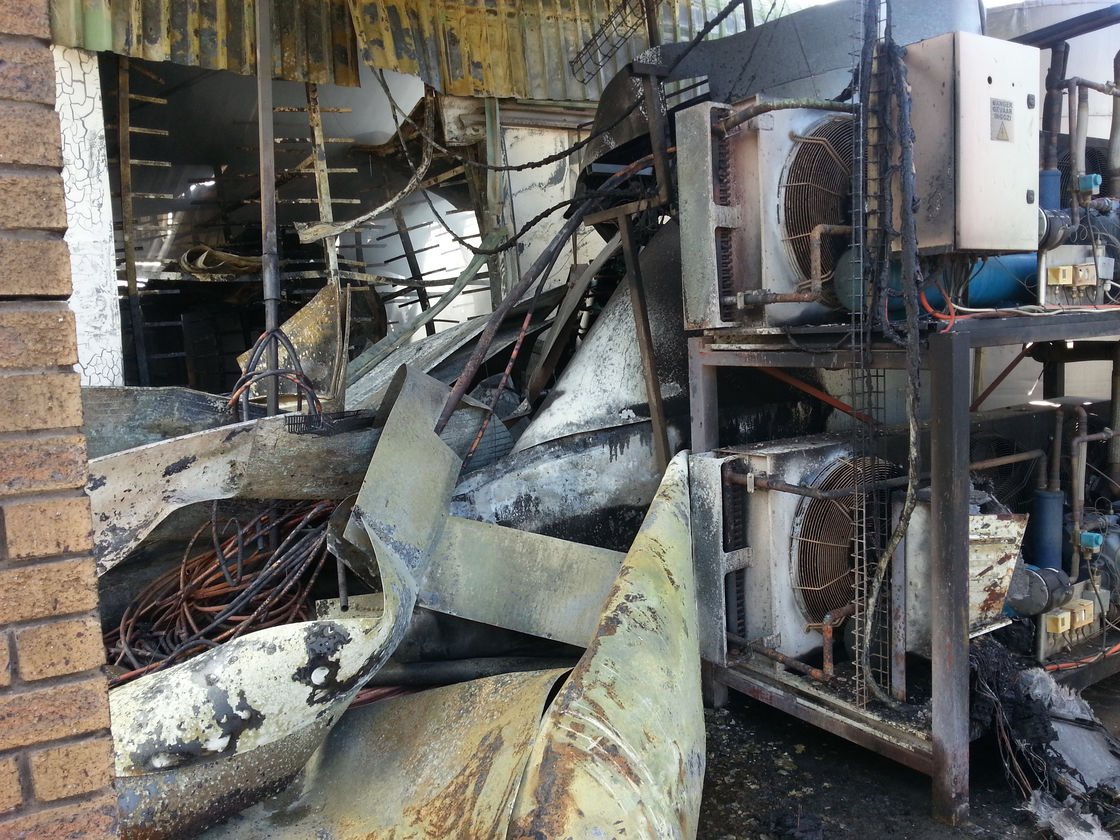 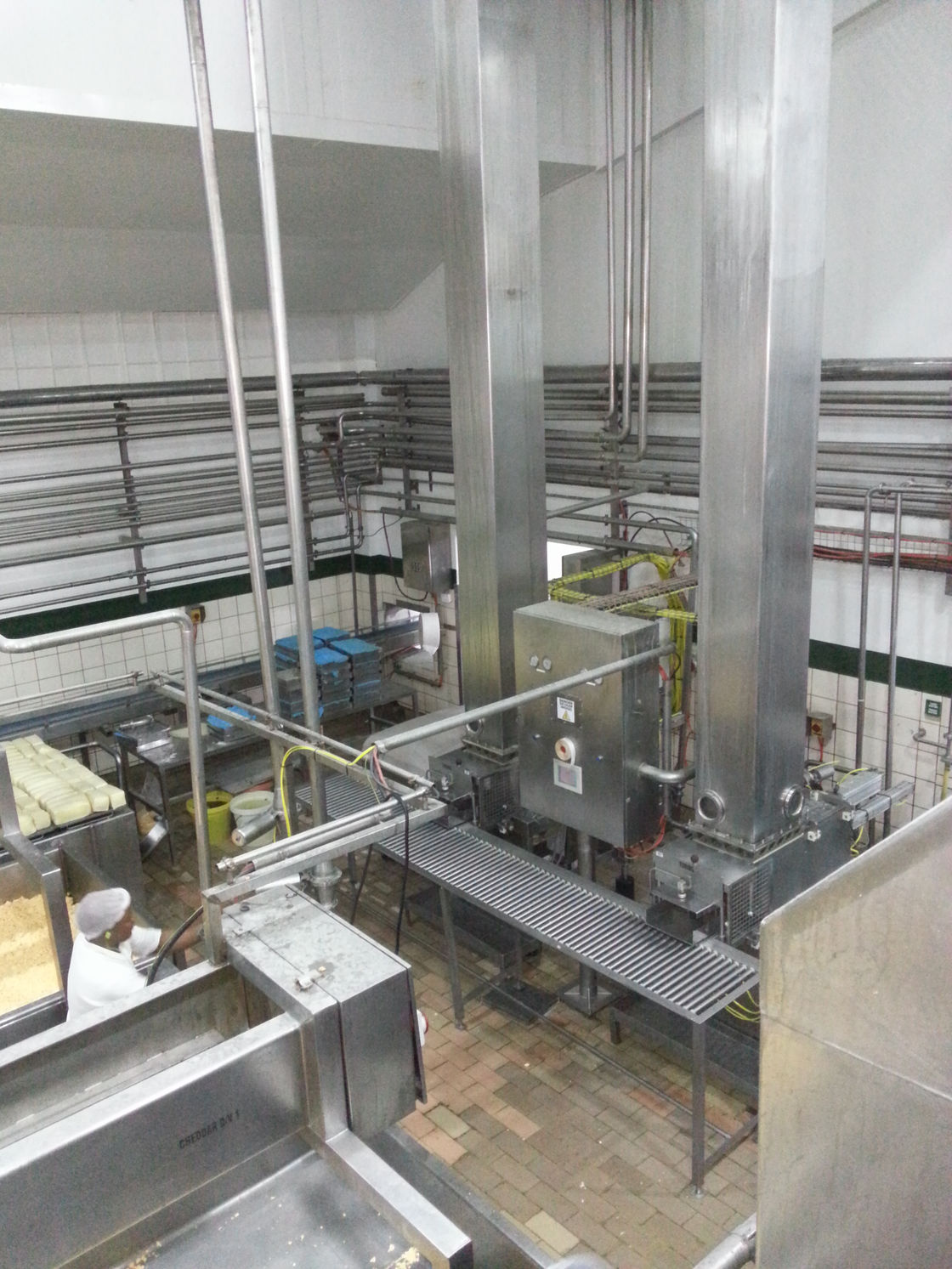 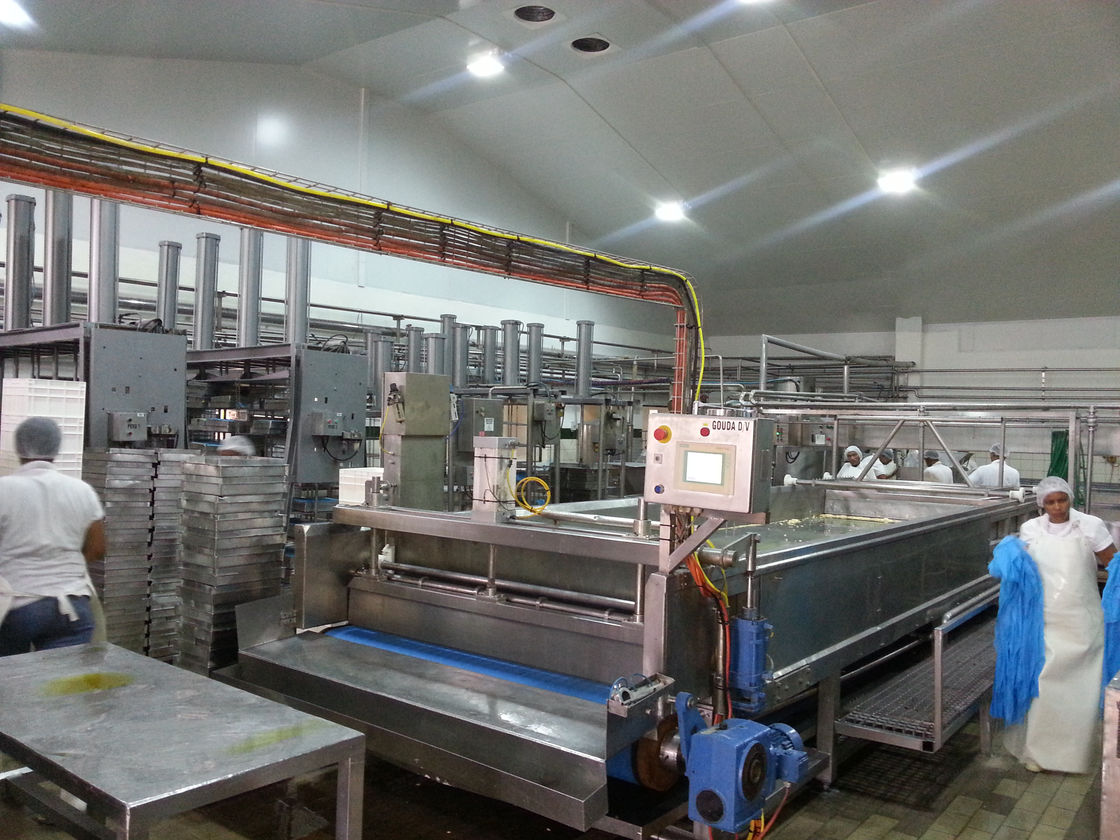 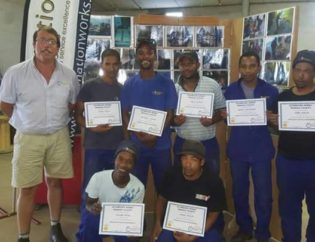 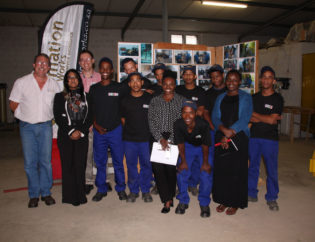 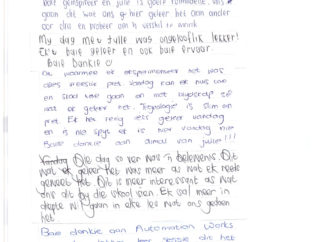 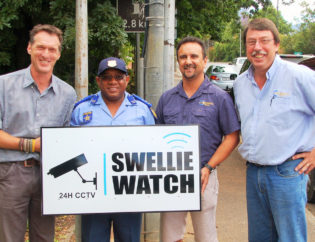 vamtam-theme-circle-post
 Category Community
BIG BROTHER IS WATCHING YOU IN TOWN The purpose of this amazing Camera Project as...
Read More 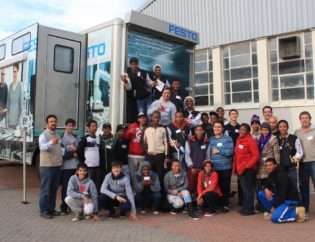